Long time no see, eh? But that’s for a reason. While we were away from posting stuff on this site, we were actually doing something. More precisely, we were making plans for our yet untitled full-length album. And finally, after 14 long years, we can officially announce that…wait a sec, that was Guns N’ Roses. Anyway, we’ll hit the studio at the end of June, of course starting with drums and working our way along until we have reached the epic vuvuzela choir.

We’ve also got an idea for the cover, maybe something totally weird with a big tree in middle and our faces hanging in that tree, and a bunch of dudes coming up to that tree because their friggin’ city is on fire, and…well, let’s see.

Additionally, we are quite excited that the mixing and mastering duties will be handled by a not so nameless gentleman, whose identity will not be revealed right now. Nevertheless, we believe that this will rock pretty damn hard.

There might be a chance that we’ll give you a glimpse now and then on how things are proceeding by uploading a little studio diary, but more of that soon. We’re roughly aiming at a release for this fall, however, Rome wasn’t built in a day either.

Speaking of release dates, would be nice if it will be done until THIS awesome event passes of: 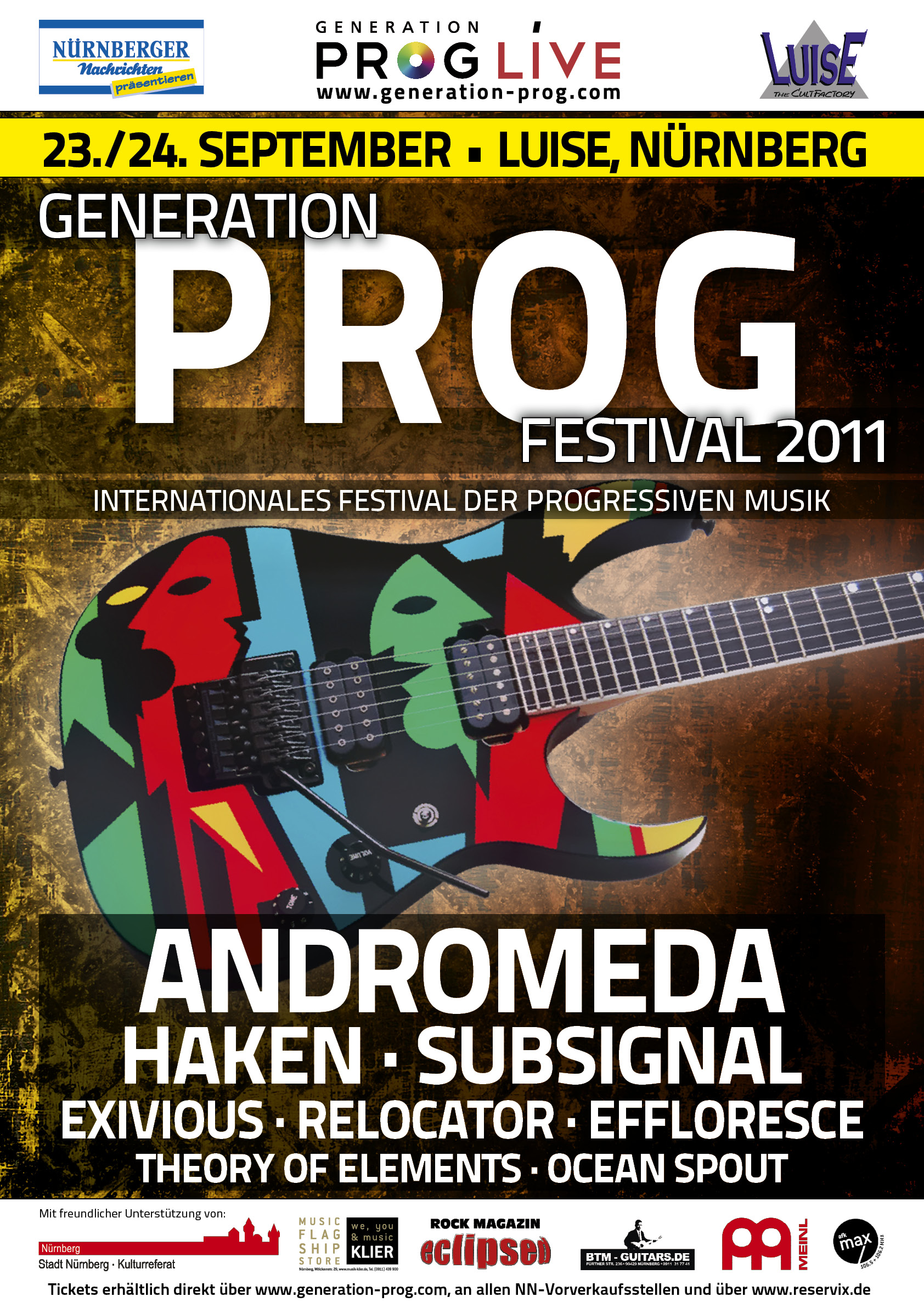 Well if that ain’t a great line-up, eh? If you remember, the first event of the Generation-Prog series took place in February this year, where we had the opportunity to rock with Relocator and Dante. Now, this one will raise the bar a bit higher. This two-day Prog-Festival will feature a great mixture of local as well as foreign bands and shall establish itself as a definite chance to see some great bands live that would otherwise never come to together on one stage. The flyer pretty much speaks for itself, so go and check the following links for more information:

To conclude, we would like to inform you that you can also find us on Bandcamp.com now! Which basically means, that if you were like “Nay, I live in Hawaii and don’t wanna pay a fortune for shipping costs for an awesome looking, great sounding, overall totally amazing CD maaaan!”, you now have no excuses anymore, ’cause you can easily buy a digital copy with booklet-pdf online now. Two Euros for a song and five for the whole thing with booklet-files isn’t that much, is it? The link to go:

Check it out and stay tuned for more album news!

By continuing to use the site, you agree to the use of cookies. more information